Brace yourselves: Safer States predicts that if you are in one of the 28 states stepping up to propose chemical policy in 2015, you can expect some high-stakes visitors in your state capitol.

It hasn’t escaped the attention of the multi-billion chemical industry that state policies can have ripple effects across the nation — and even internationally. We’ve seen it time and again in the last decade: a handful of states can bring an end to widely used toxic chemicals produced in tons each year.

The story is similar for the worst of a class of chemicals called phthalates, used in both plastics and personal care products: states were the first to act. In each case, once a handful of states took action to protect people from these chemicals, a wave of country-wide action followed. Retailers and manufacturers were catalyzed to find alternatives and phase out the chemicals across the nation. Slowly, federal agencies followed suit with both voluntary programs and limited restrictions.

Today, there’s little doubt about the power of states to affect widespread change. That’s why the massive chemical industry has ramped up their dollars for lobbyists and for contributions to state campaigns. They’ll argue that states have no business regulating chemicals. They’ll argue that toxic chemicals are acceptable in consumer products. They’ll use every trick in the book to fend off policy that will shape a safer, healthier future by closer scrutiny of the chemicals that can undermine health.

We’ve seen these arguments before, but this year there is another arrow in their quiver. Some in Congress are beginning to say that TSCA reform will get to the President’s desk this year, making state programs irrelevant and unnecessary.

Now, of course we’d love a sweeping national solution. But realistically, we know that any law that passes will not be able to protect everyone from every toxic threat. No matter what happens in Congress this year, states continue to have — and always will have — an important role to play in protecting their citizens from hazardous chemicals. Why would we want to stop this progress?

The chemical industry will try to drown out these arguments, and will try to lull lawmakers into a false sense of security that the federal government is finally on the case. But they care about their bottom line — not everyday people.

Luckily, doctors, scientists, parents, local businesses and environmental health champions will also speak up loud and clear for a healthier future. And here at Safer, we predict that their work will result in new state-level toxics legislation, adding to the more than 169 policies in 35 states. And eventually, we predict that these state laws will work in harmony with truly reformed federal law to create a safer, healthier world.

You can help make these predictions come true! Find out what’s happening in your state, and speak up for health protections. Take the time to let your federal lawmakers know that you want real, meaningful federal reform. Together, we can make 2015 a year of real progress towards a healthier future. 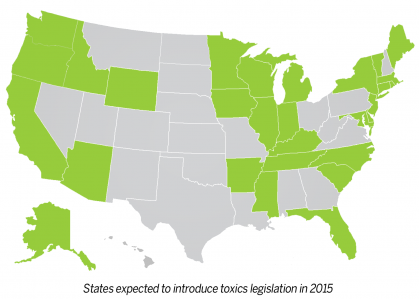 Identification and Disclosure of Chemicals Harmful to Children. At least twelve states will consider policy to identify chemicals of concern and/or require makers of consumer products to disclose their use of chemicals and in some instances phase those out. States considering these policies include California, Connecticut, Delaware, Florida, Massachusetts, Maine, Michigan, Minnesota, New York, Oregon, Vermont, and Washington.

Bans on Toxic Flame Retardants. At least eleven states and the District of Columbia will consider policy to phase out the use of and/or require labeling of toxic flame retardants in certain consumer products. States that will consider restrictions include Alaska, California, Connecticut, Idaho, Kentucky, Massachusetts, Michigan, Minnesota, New York, Tennessee and Washington.

Policies keeping phthalates out of jewelry, childcare products, cosmetics and more will be considered in at least five states including Maine, Michigan, Mississippi, New Jersey, and New York.

Bans on Lead: Policies addressing lead in everything from paint to kids' products to electronics are being considered in at least five states including Illinois, Indiana, Mississippi, New Jersey and New York.

Restrictions on Bisphenol A: At least six states are looking to kick the endocrine disruptor BPA out of everything from kids' products to food packaging, including Connecticut, Delaware, Massachusetts, Maryland, New Jersey, and New York

Policies addressing cadmium, from restricting it from jewelry to kids' products, are being considered in at least 4 states including Illinois, Mississsippi, New Jersey and New York.

Additional approaches: At least three states will focus on using less toxic cleaning supplies in schools (Arizona, Massachusetts, New Jersey), and at least five other states will consider restrictions on mercury (Arkansas, California, Illinois, New Jersey and New York). In addition Iowa has introduced policy to restrict the use of triclosan, at least two states are looking to restrict the use of synthetic turf (California, New York) and two states are pursuing green procurement strategies (Connecticut, New Jersey, Vermont). Other approaches include restrictions on personal care products including the use of formaldehyde in products for children (New York, South Carolina) and tight restrictions on microbeads (Connecticut, Vermont and Wyoming). There are more that are yet to be determined (North Carolina, Rhode Island).

“States bear a great social and economic burden from chronic disease. If we can reduce that burden by eliminating chemical hazards that undermine health, it’s the right thing to do. Chemical policy is integral to 21st century preventative health policy.” —Rep. Alissa Keny-Guyer, District 46, Portland, OR 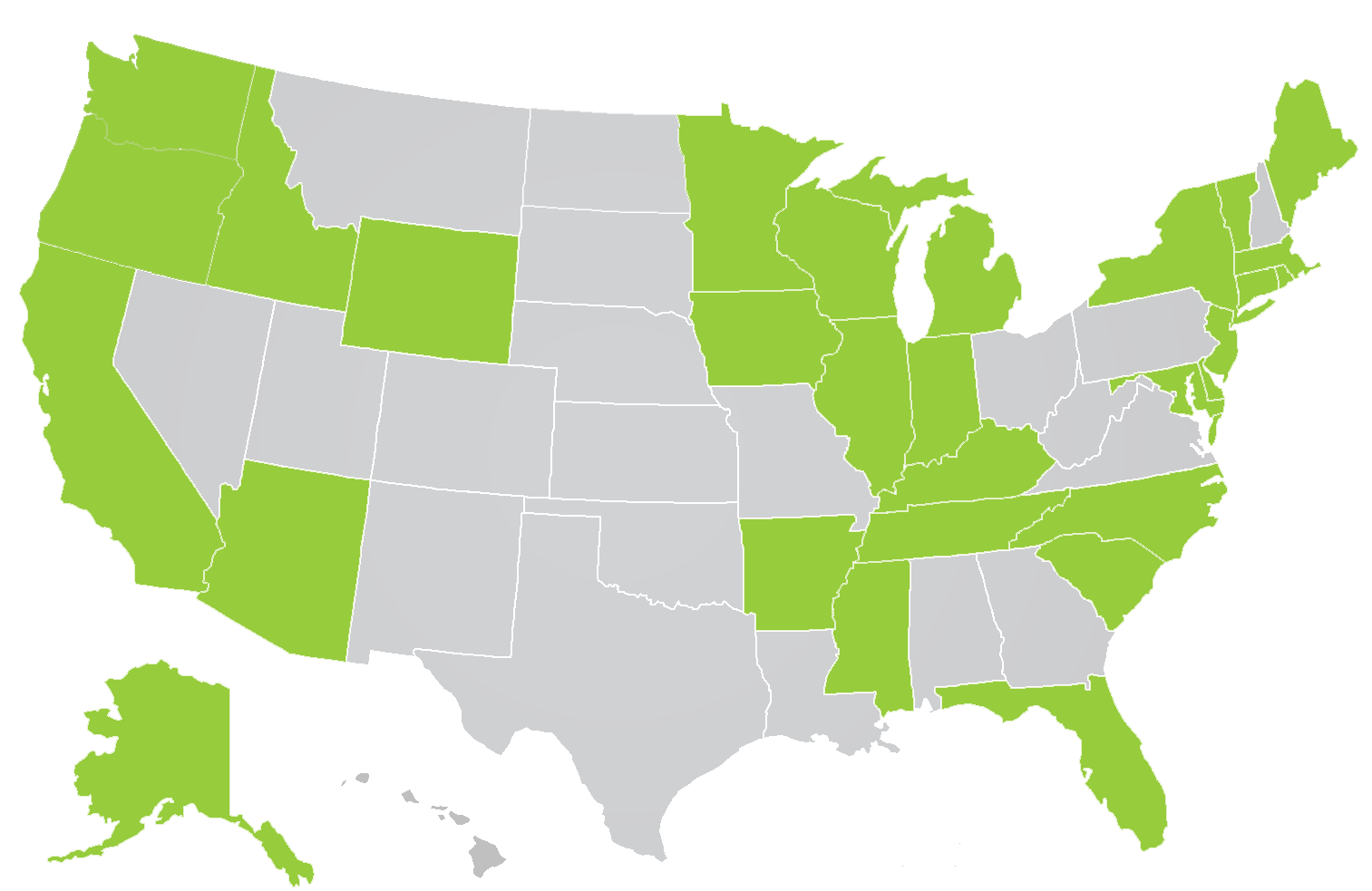