Changing the System to Protect Our Health: Prioritizing, Disclosing and Phasing out Toxic Chemicals

Comprehensive laws do heavy lifting in the States.

When policymakers want to get harmful chemicals out of everyday, household products, they often face a choice: either to attack the chemicals one by one with specific bans, or take a more comprehensive approach with programs that identify chemicals of high concern, require disclosure of chemicals in products, and find safer alternatives to harmful chemicals. Because the latter approach has farther-reaching effects on a whole system, we refer to those bills as comprehensive policy.

We've talked a lot about single chemical bans, from BPA to flame retardants to cadmium. The laser focus of these bans are immediate and effective. They are often the best resource we have to get a harmful chemical out of products quickly. However, sometimes once a chemical is banned, it can be replaced by something new that is equally toxic, leading to a dangerous chemical whack-a-mole game.

This is where comprehensive policies have an advantage. Most comprehensive laws allow state agencies to continually evaluate new chemicals as they crop up, and allow states to bend and flex to new chemicals as they arrive on the scene. By codifying large lists of concerning chemicals, or coming up with evaluation procedures, or requiring manufacturers to let consumers and agencies know when their products change, comprehensive policies have the range and flexibility to offer protections that evolve as times and products change. And thankfully, they're gaining some ground.

In 2008, Maine passed the Kid-Safe Products Act, a comprehensive chemical reform bill taking on toxic chemicals in products intended for children under the age of three. The law outlined a several year strategy. The first step was to identify a list of chemicals of concern. Using established scientific criteria, in 2011, the Maine Department of Environmental Protection published a list of over 1,300 Chemicals of Concern, and designated 49 of them as chemicals of highest concern. This list is the first step in increasing public protection. Further protection comes when consumers and policymakers can know what chemicals are in certain consumer products. That's where another part of the Maine law steps in.

Maine originally named only two chemicals of high concern: nonylphenol ethoxylates (a chemical used in laundry detergent that has long-term, toxic effects on the environment) and bisphenol A (BPA). Using a provision in the Maine law, the state then required manufacturers to reveal if they're using these chemicals in their products. Once this requirement was implemented, 25 manufacturers came forward and reported more than 650 brand name products that contained these two chemicals. And the listing eventually led to a Maine ban of BPA in baby bottles, sippy cups, water bottles and reusable food storage containers.

By targeting toxic chemicals on a comprehensive, overarching level, Maine requires a holistic look at harmful chemicals, which has led manufacturer notification of chemicals, and chemical bans from children's products. And it ensures that we won't be taken by surprise by "regrettable substitutions" of one bad chemical for another—there's a broad system of disclosure and assessment. It's one of the leading examples in the country of the success of a comprehensive style toxic chemicals law.

Washington State passed a comprehensive law in 2008 called the Children's Safe Products Act. In an immediate action, the law limited the amount of lead, cadmium and phthalates allowed in children's products. It also required the Department of Ecology to identify chemicals of high concern, and require manufacturers disclose their presence in products.

The Department of Ecology identified a list of 66 chemicals of concern, and in March 2013, a database was released of over 5,000 products that manufacturers identified as having contained these chemicals. They include children's clothing, footwear, toys, bedding and baby products.

This database is the first of its kind in the country, and is a huge step toward disclosure to consumers about the chemicals in their children's products. And we hope that future policies can build on this big step—instead of relying on advocates to generate reports publicizing the thousands of products with dangerous chemicals, perhaps we can see direct labeling, or more accessible information for the many consumers who want to use this information to guide their shopping.

In 2009, Minnesota passed the Toxic Free Kids Act, modeled on Maine's law. The Minnesota Department of Health has since identified a list of over 1700 chemicals as chemicals of concern and nine priority chemicals including BPA, cadmium, decaBDE, formaldehyde, lead and some phthalates.

The law also authorized the state to participate in the Interstate Chemicals Clearinghouse. This group, known as IC2, does some of the heavy lifting when it comes to alternatives assessments. IC2 is an association of the environmental agencies of several states that are working together to identify chemicals of concern and alternatives assessments. The pooling of resources into this clearinghouse avoids duplication in the states, decreases costs, and increases efficiency of state and local agencies — which is all to say that comprehensive chemical knowledge doesn't have to come at a high cost, and we are working together on these common goals.

The Minnesota Toxic Free Kids Act has led to additional actions by the state to reduce exposure, including legislation like this year's bill to ban formaldehyde in children's products in the state. The list also sends a message to the marketplace about what chemicals are a concern for health and what chemicals companies should avoid using.

Comprehensive bills are a target of the opposition.

When passed and properly implemented, comprehensive bills require a wholesale change to the way that toxic chemicals in products are regulated. Instead of being able to add chemicals to a product without considering consequences, manufacturers and industry are required to report toxic chemical usage and consider safer alternatives. Who could argue with that?

The American Chemistry Council (ACC)—the trade association that represents over 150 of the largest chemical manufacturers in the world and wields billions of dollars of national influence—fights hard against these sorts of bills in every statehouse where they have been introduced. And even when concerned citizens prevail and the laws are passed, the ACC and its allies continue to work to weaken implementation of the law.

In 2008, not a single Maine company stood up in opposition to their Kid Safe Products Act. At the time, the Environmental Health Strategy Center in Maine said, "The exclusive opposition to these protective laws comes from the chemical industry including Dow Chemical who manufactures BPA and the national chemical manufacturers trade association and toy industry giants including Hasbro and Mattel which want to continue to sell toys to Maine parents without disclosing which ones contain BPA." And two years later, under the guise of being pro business, out-of-state interests joined with new Governor Paul LePage, a Tea Party-backed Republican, to attempt to repeal the law and to block a BPA phase-out.

In the absence of strong federal policies governing the use of chemicals in household products, comprehensive state chemical reform laws, used hand-in-hand with specific bans, are essential tools to reduce everyday exposures to toxic chemicals. The success of the comprehensive chemicals laws in states like Maine, Washington, and Minnesota should serve as a blueprint for Congress as it considers amending the federal Toxic Substances Control Act. These laws have proven it is possible to require companies to inform us all of what's in our products and get safer products on the shelves. 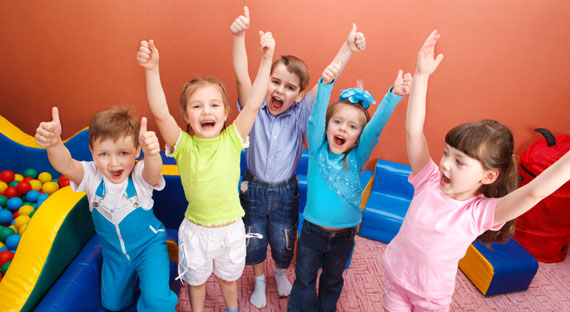