In Minnesota, firefighters are through talking.  They set a couch afire to illustrate how toxic flame retardants are increasing cancer risk for firefighters. They urge the state to ban the toxic chemicals from furniture and children’s products without delay.

The couch could just as well illustrate flaming tempers and rising hopes as the nation debates a major overhaul of national chemical policy.

The Chorus: After the chemical policy reform Senate Bill 697 was introduced and before the first public hearing, the Senate received tens of thousands of comments including statements from 450 organizations urging them to close loopholes, prevent stalling on chemical protections and retain the rights of states to protect their citizens.

The Champions: After the first public hearing on the bill, a few Senators spent weeks in tough negotiations to amend the bill in response to the chorus of comments. They came out with some progress. The bill that will go to the Senate floor is an improvement, but remains deeply flawed (see details at Safer Chemicals, Healthy Families).

What’s Next: National chemical policy reform is far from a done deal. The full Senate must vote, the House has its own version of a reform bill. Negotiations will continue.

After 40 years of broken policy, we want to get it right. Safer States will keep urging lawmakers to draw a firm line and insist on a bill that will truly protect health. See our latest letter to the Senate opposing the latest version of the bill, which still includes broad preemption of state policy.

Meanwhile, couches are burning in Minnesota to fight toxic flame retardants. County governments in New York are taking action on toxics. In Oregon, Washington, Vermont and across the nation, states are not waiting for federal action to take steps to protect people from toxic chemicals.

Stay tuned. There will be progress this year to protect people. It will happen in the states, even as we all work to get federal chemical safety policy right. 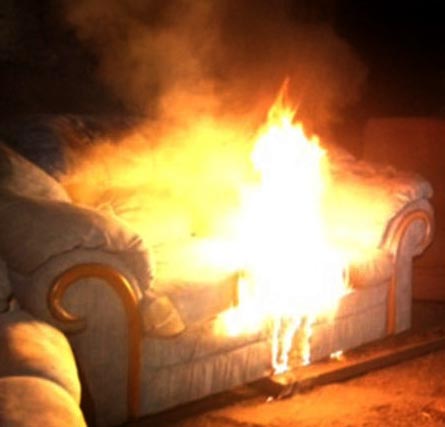 < Chemical policy reform: It's ugly, complicated + personal
Thank you for safer floors in our homes! >