We are enormously proud of all of the amazing work that states have been doing to combat PFAS contamination. From banning PFAS in firefighting foam and food packaging to crafting protective maximum contaminant levels for drinking water, states are on the forefront of protecting the public from these dangerous toxic chemicals. To complement these efforts, the Federal government has recognized the urgency of the nonstick nightmare, and we have seen several pieces in play this year.

Yesterday, more than 20 motivated activists and community members from across the country made their way to Washington D.C. to meet with Congressional representatives to talk about turning off the tap on PFAS. In around 100 meetings, the groups educated lawmakers about the specifics of contamination and urged them to support certain Federal policies that would bolster state efforts. The coordinated endeavor was heartening as many lawmakers recognized the importance of addressing the PFAS crisis and expressed interest in supporting policies to tackle the PFAS problem nationally while allowing states the flexibility they need to respond to localized contamination.

One of the major challenges of the PFAS pollution problem is lack of complete data on where releases are occurring and how widespread contamination is. A couple of introduced bi-partisan Federal policies aim to help answer those questions. The PFAS Right-to-Know Act would add PFAS to the Toxics Release Inventory, requiring certain manufacturers and producers of PFAS to report their usage of the chemicals to the EPA, which would then be made publically available. This data will be hugely helpful as it will give us a much better understanding of where pollution is coming from, allowing better targeted prevention and cleanup efforts.

In a similar vein, the PFAS Detection Act of 2019 would authorize the U.S. Geological Survey to test surface and groundwater for PFAS, focusing on sites likely to be contaminated. Before communities can tackle PFAS clean-up, it is essential to know where to direct those efforts.

Another policy aims to help states with clean-up efforts by designating PFAS as hazardous substances under US Superfund law. The bi-partisan PFAS Action Act of 2019 requires the EPA administrator to designate the whole class of PFAS chemicals as hazardous under the 1980 CERCLA law, which means they would be eligible for cleanup using existing authority. Given the huge scope of PFAS contamination, this step would help alleviate the pressure on states to fund their own cleanup by providing assistance from the Federal government.

At the same time as activists were meeting with Congressional staff, the Environment and Climate Change subcommittee in the House held a hearing on 13 PFAS policies, including the three above. Other proposals included a ban on PFAS waste incineration and a program to provide grants to communities to install treatment technologies for PFAS in drinking water. Coinciding with the day of action was perfect as it allowed state activists a chance to encourage support of the best policies and answer member questions. Testimony from Emily Marpe, a mother from New York whose drinking water is contaminated with PFAS, powerfully made the case for regulation: “Human health should come first...The solutions are there. No family should go through what we've gone through. Nobody.”

Debate emerged over regulating all ~5,000 PFAS as a class. Some lawmakers recognized the risks of all PFAS and argued for stopping pollution at its source while others balked at the idea, favoring a slower approach that evaluates handfuls of chemicals. Nevertheless, the hearing was a good step forward as it opens the doors for further discussion on this critical issue.

States are at the forefront of protective PFAS policies, with bans on PFAS in food packaging and firefighting foam in Washington, penalties for contaminating water supplies in Vermont, and drinking water standards in several states passing last year. The Federal government has a major role to play too, and we are encouraged by the recent activity in Washington D.C.!

The Federal government has recognized the urgency of the nonstick nightmare, and we have seen several pieces in play this year. 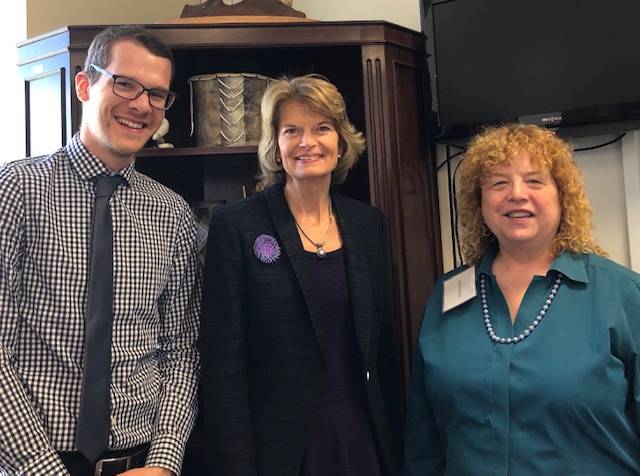