Call it a gift to the chemical industry. Call it an insult to state health and environmental authorities. But don’t make the mistake of calling it a “chemical safety” bill.

Senators Udall and Vitter introduced a bill on March 10, 2015 to reform the Toxic Substances Control Act, a law that has never adequately protected people from exposure to toxic chemicals.

We’ve waited nearly 40 years to reform federal law so that it truly protects people from toxic chemicals in our everyday lives. We need to get it right.

That’s why it is bewildering and frustrating that our lawmakers would embrace the chemical industry’s proposal to undermine our best and most productive source of health protections over the last decade: state governments.

Under this bill, state authorities would be asked to stand by and watch, hoping the U.S. EPA will regulate tens of thousands of chemicals under enormous industry pressure and with very limited resources.

What would this look like? For example, let’s say EPA decides that a commonly used chemical should be designated a “high priority” because it is truly harming children in a way that has life-long health consequences. Sounds good, right? Well, that actually means that regulation of that chemical is now strictly the domain of EPA. States would be unable to act as EPA ponders how to regulate that chemical — for up to seven years. And, if EPA puts restrictions in place, states are not allowed to help co-enforce those restrictions.

Here’s the scary part: many hundreds of current chemicals are indeed a high priority. We could be waiting for action from EPA on those chemicals for generations to come. And given the agency’s track record, even “action” on a chemical may not mean that people are truly protected. But it will mean that the chemical industry continues to rake in profits.

When people are harmed by chemical exposure, it can mean a lifetime of struggle to work, to pay medical bills, to maintain a high quality of life. If state health authorities pay the price to support people with chronic disease, shouldn’t they also have all means available to help prevent that disease in the first place?

Here at Safer States, we absolutely want meaningful federal reform. We want chemical safety in all states, for all people. But if states are to bear enormous health and environmental burdens from toxic chemicals, they must also have the ability to take action. Our state governments cannot compromise on their responsibility to protect the health of their residents.

Citizens can make a difference: take action today. Let your senator know that real “safety” is toxic chemical reform that allows states and federal authorities to work together — to create true safety for all of us. 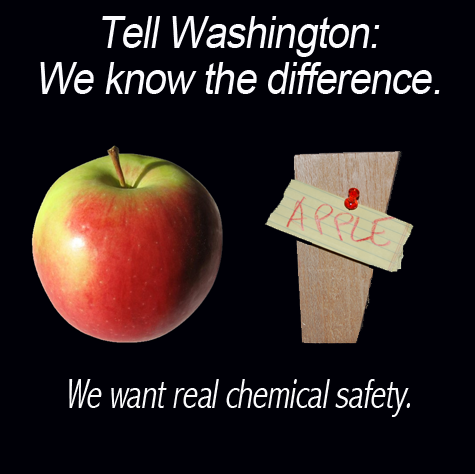