Will our nation wake from a flame retardant nightmare? 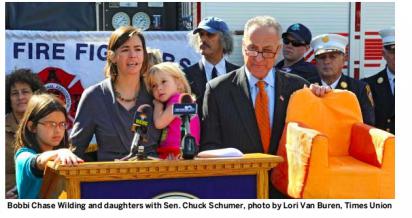 “A nightmare scenario that is all too real.”

Chuck Schumer used these words to describe the billions of pounds of toxic chemicals that have entered our homes and nurseries, our schools and hospitals, under the guise of “flame retardants.”

The Senator is leading the charge to ban 10 toxic chemicals from use in children’s products and upholstered furniture, and it’s time to urge your lawmakers to support this bill.

With an end to this nightmare in sight, it’s worth recognizing the champions who turned on the lights and woke our nation:

Federal failing: Current law does not require basic health and safety data on chemicals in the marketplace.
State-based solutions: When independent science revealed that flame retardant chemicals put our families at risk of cancer, developmental disorders and other serious health threats, state lawmakers stepped in to pass policies to reduce exposure. Since 2003, 28 policies have been adopted—including three just this past legislative season.

Federal failing: Current law allows the chemical industry to keep secrets about their products.
Intrepid reporting: Last year, the paper’s tenacious investigative reporters shed light on an ugly secret. The flame retardant industry has conducted a calculated, fear-based misinformation campaign. They duped the public into believing that these chemicals would keep us safe from fire, while sweeping under the rug the truth about toxic hazards.

Federal failing: Chemical regulations do little to distinguish between hazardous chemicals and safer alternatives.
Marketplace leaders: As state laws, major purchasers and the public demand safer products, some forward-thinking companies have stepped up with solutions. Crate & Barrel already has flame retardant free furniture for sale and others like La-Z-Boy, Williams-Sonoma and Ikea will soon.

Federal failing: Our outdated 1976 Toxic Substances Control Act does not give people the safeguards we deserve: chemicals are not proven safe before they go to market.
Public demand: No state law, business policy or change in the marketplace happens unless people ask for it. And the voices of people like you are loud and clear:

It’s time to speak up once again. Voice your support for Senator Schumer’s bill, and for action in your home state to protect our people from needless toxic exposures.

“It's a nightmare scenario that is all too real. Children are being exposed to highly toxic flame retardants that can cause cancer and developmental delays just by lying on a changing table and in their cribs, or even by sitting on the family couch. To boot, these carcinogenic chemicals are not effective in reducing fire risks.”--Sen. Chuck Schumer 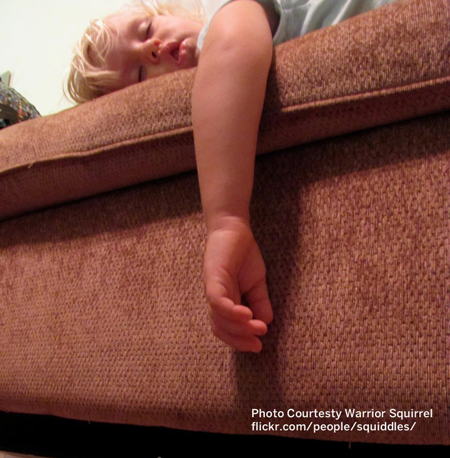