From Idaho to Massachusetts, consumers ask Albertsons to turn up the heat on toxic chemicals this summer

Last week consumers across the country came together to call on Albertsons and its subsidiaries, such as Safeway, Acme, Jewel-Osco and Shaw’s, to go toxic-free. From Anchorage, AK to Greenburgh, NY to Albertsons’ hometown of Boise, ID, shoppers urged the company to turn up the heat on toxic chemicals this summer.

For the week of action:

More store visits are planned for this week in Maryland, Vermont and Washington.

Albertsons Lagging Behind Other Top Retailers

Albertsons is the second largest grocery chain in the US with subsidiaries like Safeway, Jewel-Osco, Acme, Shaw's and Randalls and a total of 2,200 stores across the country.  As one of the nation’s largest retailers, Albertsons has a responsibility to keep toxic chemicals off its shelves!

Other big retailers like Walmart, Target and CVS, are making meaningful progress in tackling toxic chemicals in products. But in the first-ever report card grading the largest retailers on toxic chemicals, released last November, Albertsons earned a grade of F with just 12.5 out of 130 possible points. The company has no public safer chemicals policy in place and has yet to give any public indication that it’s developing one.

Last November advocates delivered 125,000 petition signatures to the company’s headquarters in Boise. Petition signers called on Albertsons to remove toxic BPA from its canned food liners and develop a comprehensive safer chemicals policy. This followed a report in 2016 that found BPA in the lining of 50% of Albertsons store brand cans tested. More recently, this May we co-released a report that found BPA in the liners of 36% of Albertsons store brand food cans that were tested. That demonstrates progress since last year but clearly more work is still needed.

Will Albertsons Mind the Store?

It’s our hope that Albertson will stop treading water and start making progress this summer and fall as we update the grades in the second annual retailer report card.  We hope to see Albertsons develop a best-in-class safer chemicals policy and program to meet the rising consumer demand for safe and healthy products.

"in the first-ever report card grading the largest retailers on toxic chemicals, released last November, Albertsons earned a grade of F with just 12.5 out of 130 possible points." 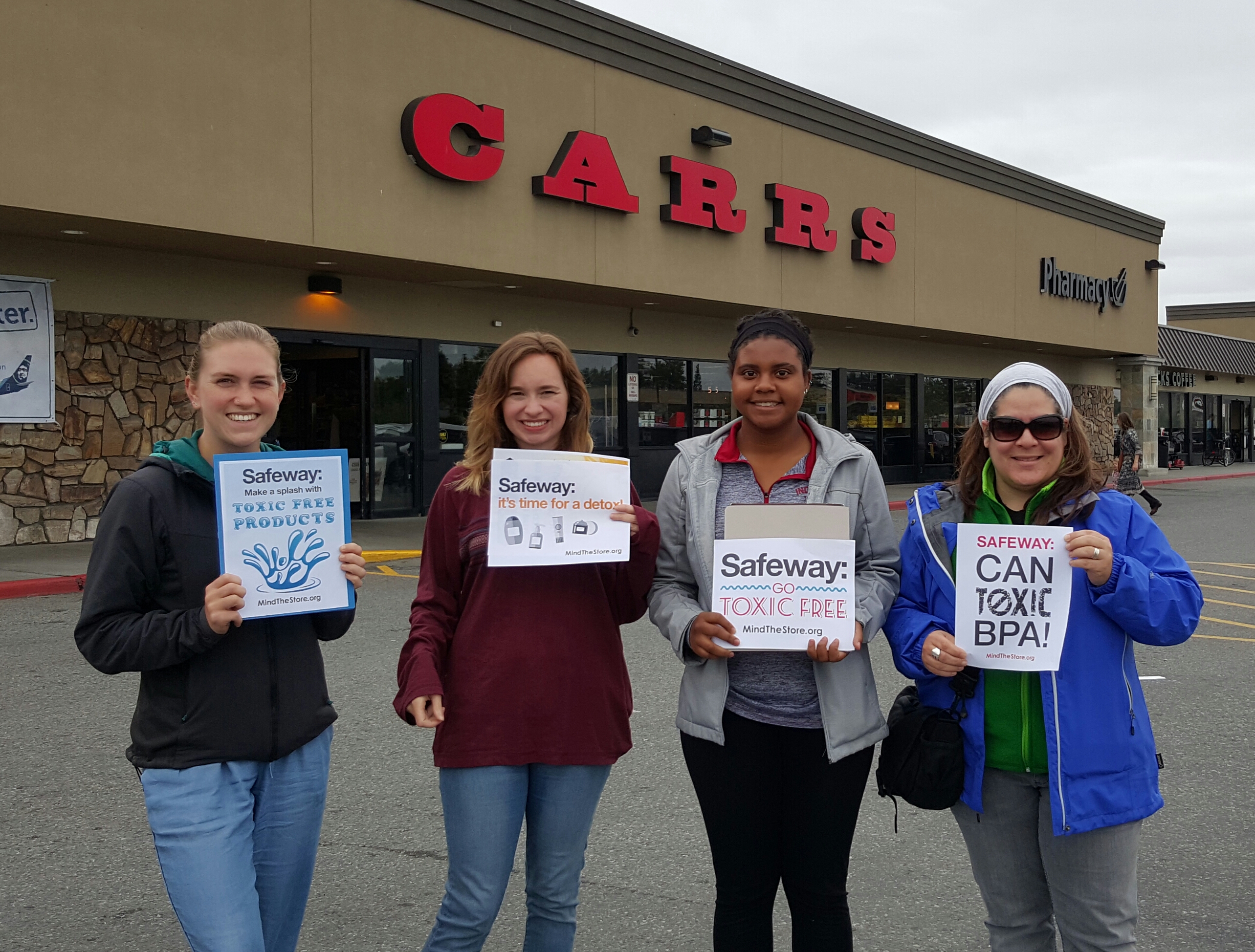