Stories from the Trenches: Industry Opposition at Every Turn

Opposition efforts often occur in the shadows—deals behind-closed-doors, threats of support being pulled from one bill if another is not opposed, and quid pro quo agreements between lobbyists and legislators.

But sometimes, the opposition is much more overt with their tactics.

In 2009, the state of Oregon passed a ban on Deca-BDE, a toxic chemical found in many products and widely considered to be one of the most harmful flame retardants. Makers of toxic flame retardants had a lot of money to lose if the chemical was banned, so they focused their efforts on Oregon.

"There are always two sides to a bill, and I can respect that as long as everyone plays fairly," says Renee Hackenmiller-Paradis, who worked on the bill for Oregon Environmental Council. "But what the opposition did was not fair play."

Voters in districts with legislators whose support was considered critical for the bill's passage received mail pieces sent by the Citizens for Fire Safety, showing the legislators who supported banning Deca-BDE in front of a burning building and burned body. Instead of telling the truth of the dangers of Deca-BDE (a chemical linked to liver damage, reproductive issues, and cancer), the image implied that the state representative who was for the flame retardant bill was also for burning up homes. And while Citizens for Fire Safety sounds like a respectable group, it's actually an industry-led front group that is funded by some of the largest makers of flame retardant chemicals in the country.

In this case, the piece backfired, with some legislators on record as having changed their vote and supporting the ban after seeing the dirty tactics of the mail piece. From an article in The Oregonian: "It changed me," said Rep. Bill Kennemer, R-Oregon City, who said he opposed the ban until he saw the flier. "I just think we need to make a statement that conduct like that should not be tolerated."

The opposition isn't beyond outright lies and exaggerations to defeat bills. For example, in 2008, before BPA laws were passed in several states across the country, advocates in California were pushing a bill to ban BPA from baby products and canned goods.

The ACC pushed back hard and worked to frighten everyone who thought the bill may be a good idea. They launched an ad campaign which warned "going to a grocery store may never be the same," and sent out mail pieces which threatened that many foods would be pulled from grocery store shelves. The ACC's multi-pronged campaign also included robo-calls and newspaper and radio ads that focused on the falsehood that there were no alternatives to BPA, and that even a narrow ban on BPA would force them to remove canned goods altogether.

Scientist Frederick vom Saal of the University of Missouri expressed his frustration at the ACC's tactics to the Orange County Register: "This kind of stuff just drives people in science crazy," he said. "(Scientists) live in a world where if you don't tell the truth, you're excommunicated. From the tobacco industry on down, corporations figure that anything they do to protect their profits is O.K."

Using experts with an agenda to oppose good legislation

When we want to understand a complex scientific issue, we rely on professionals to help us break it down. But industry has learned to exploit this, and recruits insider "experts" to testify at hearings around the nation. Often these experts travel from state to state, helping knock down good toxics bills one by one. The trouble is that these so-called experts are really paid puppets for industry who paint evocative, yet false, stories designed to sway legislators.

Several partner organizations have reported that flame retardant bills in their states were met with opposition from the same person—Dr. David Heimbach, testifying on behalf of industry front-group Citizens for Fire Safety. Heimbach has shown up in state capitol rooms in Alaska, Washington and California. In several states, he told horrible tales of children who have suffered burns and died because furniture without flame retardants has caught fire. Trouble is, there were no children and the stories were made up. Heimbach was admonished by the University of Washington, and later gave up his license, but not before votes were swayed.

"When we were trying to pass a phthalates bill in Vermont to protect children from harmful chemicals in plastics, the opposition called in Dr. Gilbert Ross, a hired-gun ‘expert,' to testify," says Lauren Hierl of partner organization Vermont Public Interest Research Group. "Fortunately, despite his efforts and other tactics from the opposition, our bill passed into law."

Vermont's experience was not unique. Dr. Ross is well known among environmental advocates—he shows up at hearings representing the American Council on Science and Health, an organization that largely exists to take anti-environmental stands and to represent its major backers, which include many of the largest corporations in the country. But this doctor can't even practice medicine—Dr. Ross' medical license was revoked in 1995 by the state of New York, and he spent a year in a federal prison camp after participating in a scheme to defraud the New York Medicaid program of about $8 million.

An overwhelming number of laws, combined with a public groundswell against BPA, caused the unimaginable to happen: industry proactively approached the Food and Drug Administration (FDA) and requested a federal ban on BPA in baby bottles and sippy cups. In July of 2012, the FDA made that ban official.

To be clear: the fight won't be over until BPA is out of many more products, and toxic flame retardants, cadmium, phthalates, mercury and other toxic chemicals are better regulated. And we expect that the ACC and other industry opposition will continue to oppose our efforts every step of the way with dirty tricks like those outlined here. But even with the backdoor dealings, shoddy "experts" and industry influence, we'll continue to win—with truth and public support on our side, it's an equation for success that the chemical industry can't beat.

Opposition efforts often occur in the shadows, but sometimes, the tactics are much more overt. 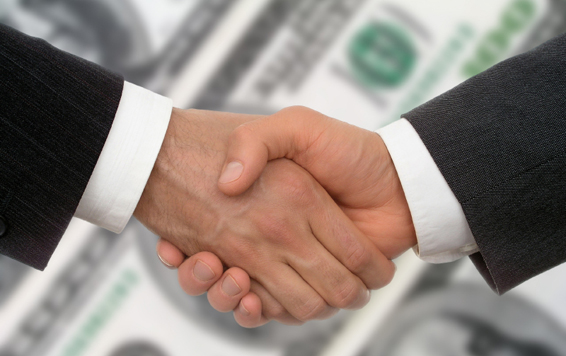 < The Chemical Industry Can't Be Straight With Us
Are We Extreme? >