Most states have now finished their legislative sessions and, as Safer States’ analysis predicted earlier this year, there has been significant action on toxic chemicals in state policies across the country, especially ones focused on PFAS “forever chemicals”.

So far this year, bipartisan majorities in 13 states have adopted at least 22 policies that will help transform our economic system to be one that better protects communities and creates incentives for industry to develop safer chemicals.

Recent state policy adoptions are driving market transformation, moving away from entire classes of toxic chemicals, making it easier to hold polluters accountable, and making sure we are cleaning up and reducing the harm caused by toxic chemical exposures.

We can see five important key takeaways emerge from this year’s legislative sessions from across the country.

Vermont secured a first-in-the-nation policy that gives people who have been exposed to toxic chemicals the right to medical monitoring, paid for by those who caused the exposure, by law. Washington state’s new law will speed up the process to identify safer solutions for multiple uses of PFAS chemicals. Maine, driven by massive PFAS contamination of farmland, adopted a policy that bans the spreading of sewage sludge and Illinois became the first state to ban incineration of certain PFAS statewide. Colorado adopted a policy to become the first in the nation to restrict the entire class of PFAS in oil and gas products.

2. PFAS “forever chemicals” in food packaging bans are gaining momentum in states, as well as in the marketplace and at the federal level.

Four additional states—Colorado, Hawaii, Maryland, and Rhode Island— have joined seven others to ban the entire class of PFAS in food packaging. With eleven states now banning “forever chemicals” in food packaging, approximately 28% of the US population is now covered by laws protecting from this toxic exposure. Rhode Island’s bill is particularly powerful because it requires food packaging solutions to be less hazardous and targets PFAS chemicals used as release agents in production if they end up in food packaging. And, Washington state recently found safer alternatives for all major PFAS food packaging uses.

At the same time in response to corporate campaigns and state policy mandates, multiple retailers and fast food chains have adopted policies to restrict PFAS from their food packaging. Because these commitments require companies to change their entire supply chain, this means that much more of the country is protected, not just in elevenstates.

And, all this momentum has created the opportunity for federal reform. A bipartisan amendment to ban PFAS chemicals in food packaging recently passed in a key Senate committee and we're now working to keep it in the final bill as the Senate and House bills are conferenced.

3. Bans of PFAS in other product sectors are gaining similar traction across the country.

We have witnessed similar momentum take place across other product sectors as well. This year, Colorado and Maryland joined California, Maine, Vermont, and Washington to eliminate PFAS in carpets, rugs, furnishings, and fabric treatments. Colorado also restricted PFAS in indoor and outdoor furniture. This growing momentum has resulted in multiple brands and retailers taking action. Additionally, New York will potentially become the first state to legislatively restrict PFAS in apparel (the bill is awaiting the Governor's signature) and a similar policy is still pending in California.

4. Multiple states have addressed PFAS in drinking water and are funding cleanup.

This year, Virginia and Rhode Island adopted policies to establish maximum contaminant levels (MCL) for certain PFAS in drinking water. Delaware adopted a similar policy in 2021. Once these three states finalize their enforceable standards, they will join the 7 states that already have MCLs for PFAS chemicals. Another twelve states currently have guidance levels, notification levels, and/or health advisories for PFAS in drinking water. All of this state leadership increased pressure for federal action and the Environmental Protection Agency recently announced new health advisories for four PFAS chemicals at staggeringly low levels, confirming that PFAS chemicals in drinking water are much more dangerous than previously thought.

Colorado, Hawaii, and Maryland joined eight other states in banning the sale of firefighting foam containing PFAS, a major source of drinking water contamination. Additionally, some states have begun to fund cleanup. Michigan allocated funding to both provide clean drinking water and conduct cleanup to impacted communities. In Florida, a bipartisan policy was unanimously adopted to establish a process for setting cleanup target levels for drinking water, groundwater and soil.

Legislative action isn't the only tool states are using to create a better system. Fed up with the millions of dollars in damages to communities in their states, the Attorney Generals (AGs) of Colorado and Massachusetts each filed a lawsuit against several chemical manufacturers. A total of 13 AGs are actively seeking legal action against such companies. The AGs of Minnesota and Delaware both pursued and won litigation against the manufacturers of PFAS chemicals for contaminating water supplies and other natural resources.

Year after year, states have been at the forefront of a national movement toward safer chemicals and materials that are part of a just system that eliminates exposures to toxic chemicals. This year has been no exception and we anticipate this momentum to continue in the states that still have active legislative sessions. Use Safer’s bill tracker to keep up to date on adopted and moving state legislative policies. 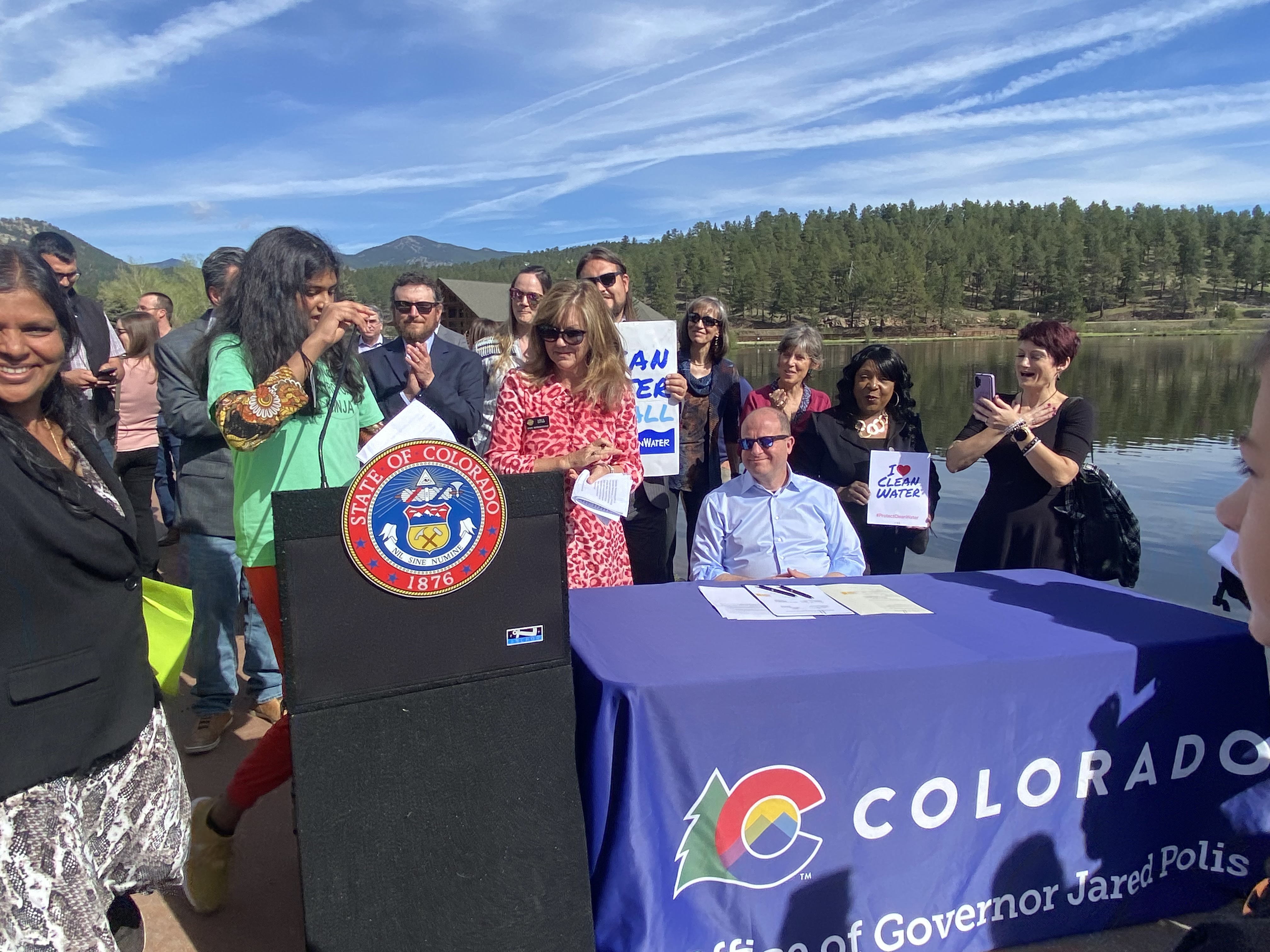