For years, April 6thhas been celebrated as National Teflon Day, a day to honor the accidental invention of nonstick Teflon on April 6, 1938. Eighty years later, Teflon and the chemicals used to make it are now infamous toxic chemicals. While its invention may have been accidental, we are now paying a very real price. It no longer deserves to be celebrated, so we’re taking April 6th back and declaring it National Nonstick Nightmare Day.

National Nonstick Nightmare Day is a day dedicated to the fight for healthy communities, safe drinking water, polluters who pay for damage they cause, and an end to the use of harmful nonstick chemicals called PFAS. It’s a call to action to end to the nonstick nightmare.

What is the nonstick nightmare?

The widespread use of highly persistent PFAS in consumer products, foams and gear used by firefighters, and in manufacturing, has left a massive swath of extremely persistent and harmful contamination across the country.

The nonstick nightmare is what numerous communities are experiencing as they face polluted drinking water, farmland, and residents.

It’s the presence of these chemicals in the bodies of nearly every American, including in newborns and our breastmilk, in our food supply, and in the dust and air in our homes.

It’s the firefighters that are exposed to these chemicals in the line of duty.

It’s the evidence that shows chemical makers 3M and DuPont (now Chemours) had sufficient information to know of dangers from some of the first PFAS used to make Teflon but continued to make them for decades.

It’s the billions of dollars that we as taxpayers all face in health care and cleanup costs.

It’s the knowledge that we will be dealing with these chemicals for decades in our homes, drinking water, bodies, and environment.

What Can You Do About It?

Every American can do something about it. It’s time to demand an end to the nonstick nightmare.

On Nonstick Nightmare Day (or any day!) we’re asking you to: 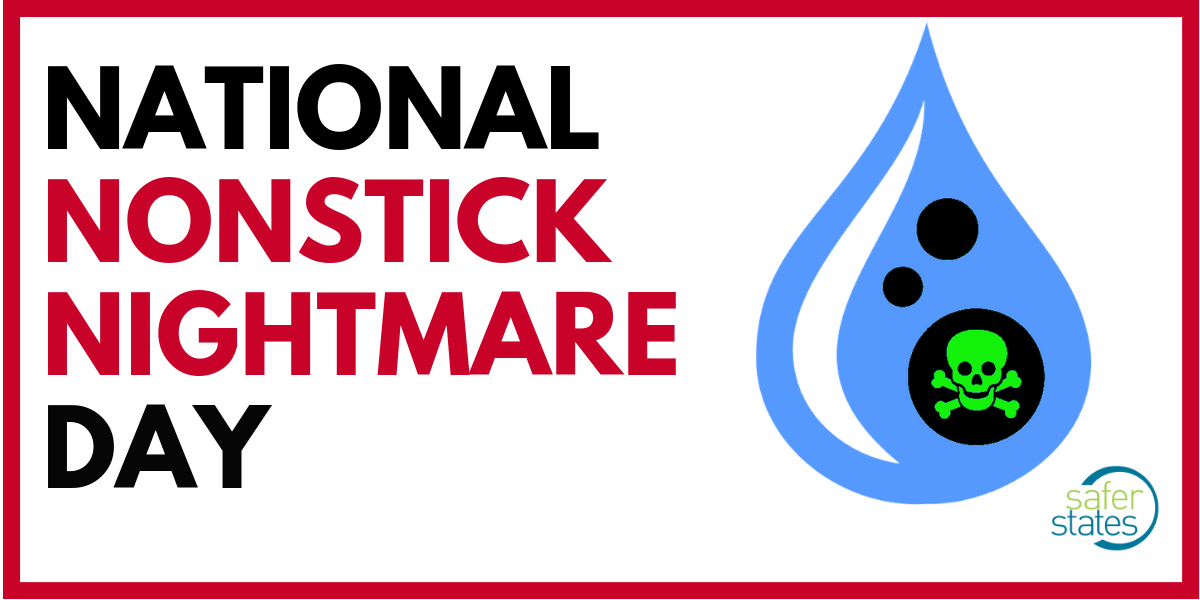