This morning (March 18, 2015), Senators on the Environment and Public Works Committee heard testimony from a range of experts and advocates on the Udall and Vitter bill to reform chemical policy. After many hours, in closing remarks, Senator Markey asked the experts: "Yes or no: Would this bill be made stronger if the pre-emption of state authority were removed?"

Some of those testifying support the bill. Others don't. But all of them answered: Yes. Absolutely. Unquestionably. I agree.

Federal action to protect people from toxic chemicals is stronger if states are respected for the very urgent, very critical job they have to do. Because when you’re up against a really strong opponent, it just doesn’t make sense to keep your best players on the bench. Consider this:

States have practice. For a decade, states have been an active source of chemical innovation. You name it, they’ve passed it: phasing out dangerous chemicals, demanding more disclosure from manufacturers, and ensuring the public has the information it needs to make safe, smart choices. State action has spurred companies to pay better attention to chemicals along their supply chains, and to find alternatives to some of the worst of them. But under the proposed law, only state laws adopted before January 1, 2015 would stand — and states would face huge hurdles in order to contribute to regulation in the future.

States are nimble. Call it politics, pressure or inefficiency. Whatever the reason, EPA moves very slowly to restrict chemicals under the current law. Under the proposed reform, EPA might take a decade to protect people from a chemical even after it has been deemed a “priority.” State authorities have always been much faster to protect people when the science is clear that people are at risk. But under the proposed Udall-Vitter bill, states would not be allowed to act on these “priority” chemicals. That’s ten years of being asked to sit on your hands, knowing that bad-acting chemicals continue to flow.

States know themselves best. In many ways today, state authorities are great partners in enforcing federal laws that protect air, water and public health. State agencies can mobilize compliance with federal law with the advantage of knowing the cultural, social and geographic factors at play. But under the proposed bill, states would not be allowed to co-enforce the federal law. It’s like firing the lifeguards at the local beach.

States have skin in the game. Toxic chemicals in consumer products end up in state landfills. They are released into state air and water. And they make people sick, leaving states to pay the price in lost productivity, lower quality of life, increased health care costs. States have a lot of good reasons to want to play a part in protecting their residents and their resources.

So, yes: Safer States want to see strong federal law. That’s why we’re urging our lawmakers to make sure reform really is strong — and that means ensuring that state authority remains an important part of our nation’s strategy for managing chemicals to protect health. 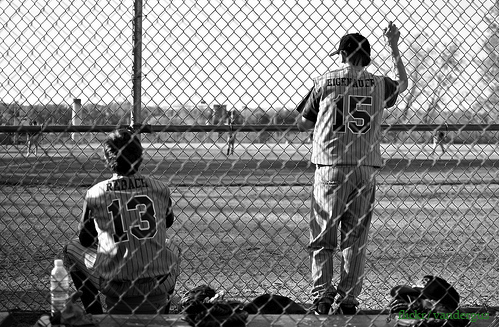