On National Macaroni and Cheese Day, July 14, National Coalition
Urges Kraft Heinz to Lead the Industry by Pledging to Eliminate
Any and All Sources of Phthalates

NATIONWIDE, July 14, 2017—Laboratory testing of 10 varieties of macaroni and cheese products has revealed toxic industrial chemicals (known as phthalates) in the cheese powders of all of the tested items, according to the Coalition for Safer Food Processing & Packaging, a national alliance of leading public health and food safety groups.

In recognition of National Macaroni and Cheese Day, the coalition has issued a call to The Kraft Heinz Company—the dominant seller of boxed macaroni and cheese, with 76 percent of market share—to drive industry-wide change by eliminating any sources of phthalates that may end up in its cheese products. Detailed information and a public petition are available at http://www.KleanUpKraft.org.

“Serving up one of America’s favorite comfort foods shouldn’t mean exposing your children and family to harmful chemicals,” said Mike Belliveau, executive director of the Environmental Health Strategy Center, a coalition member. “Our test results underscore the need for industry to comprehensively test their products for phthalates and determine the steps needed to eliminate them.”

Two million boxes of macaroni and cheese are sold every day in the United States.

For the study, the coalition contracted with an independent laboratory experienced in the testing of phthalates (THAL-eights) in food to test 30 items of individual cheese products from various manufacturers that were purchased at retail grocery stores in the United States and shipped to the lab, unopened, in their original packaging. The cheese product items tested included nine of Kraft’s many cheese products.  Findings revealed:

Phthalates are hormone-disrupting chemicals that can lower testosterone, the male sex hormone, and alter thyroid function. Scientists have linked exposure to some phthalates, during pregnancy and early childhood, to changes in the developing brain that may result in kids who grow up struggling to succeed in school, at work, and in life.

Human health studies also have linked exposure to some phthalates, during pregnancy, with a genital condition in baby boys associated with increased risk of reproductive health problems, including testicular and prostate cancer, and poor sperm quality.

Federal scientists reported this year that up to 725,000 American women of childbearing age may be exposed daily to phthalates at levels that threaten the healthy development of their babies, should they become pregnant.

Scientists agree that for most people the greatest exposure to phthalates comes from the food we eat.

Phthalates are not intentionally added to food, but are classified as “indirect” food additives by government agencies. Industrial chemicals commonly added to plastics, rubber, adhesives, inks, and coatings, phthalates have been shown to migrate into food products during food processing, packaging, and preparation.

The Coalition for Safer Food Processing & Packaging has requested that Kraft identify and eliminate any sources of phthalates in the production of its cheese products, and use its leadership position to change the industry. Kraft has agreed to review the test results.

Kraft has been an industry leader on similar issues before, announcing a phase-out of artificial food dyes and preservatives in its macaroni and cheese in 2015, in response to scientific and consumer concerns.

“The good news is that there are safer, affordable alternatives to phthalates,” said Mike Schade, Mind the Store Campaign Director of Safer Chemicals, Healthy Families, a coalition member. “Kraft should identify and eliminate any phthalates in its cheese products by ensuring that safer alternatives are used in food processing and packaging materials throughout its supply chain.”

A 2014 scientific review paper concluded that dairy products were the largest contributor of dietary exposure to DEHP for pregnant women and children, based on phthalate levels and food consumption rates.

Based on the risks that phthalates pose to women and children, many of these chemicals have been banned for use in children’s toys and childcare articles by the Consumer Product Safety Commission. But that’s little protection for pregnant women. Europe has already prohibited all phthalates from use in plastic food contact materials for fatty foods, including dairy products, except for three phthalates whose use has been highly restricted. In contrast, the U.S. Food and Drug Administration has failed to take action in response to growing concern and scientific consensus.

“Kraft Heinz must take action now because the federal government has not done so. The European Union already banned most phthalates for use in food contact materials. They followed the science, but here, Trump’s Food and Drug Administration has yet to act,” said Peter Lehner, Senior Attorney at Earthjustice, a coalition member. “Parents and their children should not have to wait longer to know that their food does not contain toxic chemicals. We are asking manufacturers to act now.”

The laboratory that tested the 30 cheese products used validated analytical methods and careful quality-control measures, which have been previously reported in the peer-reviewed scientific literature, to analyze the food items for 13 ortho-phthalates.

About The Coalition For Safer Food Processing & Packaging

The Coalition for Safer Food Processing & Packaging is a national coalition of nonprofit organizations concerned about human health, food safety, and social justice who are working together to persuade major food manufacturers to identify and eliminate phthalates and other chemicals of high concern from the American food supply.

Scientists agree that for most people the greatest exposure to phthalates comes from the food we eat. 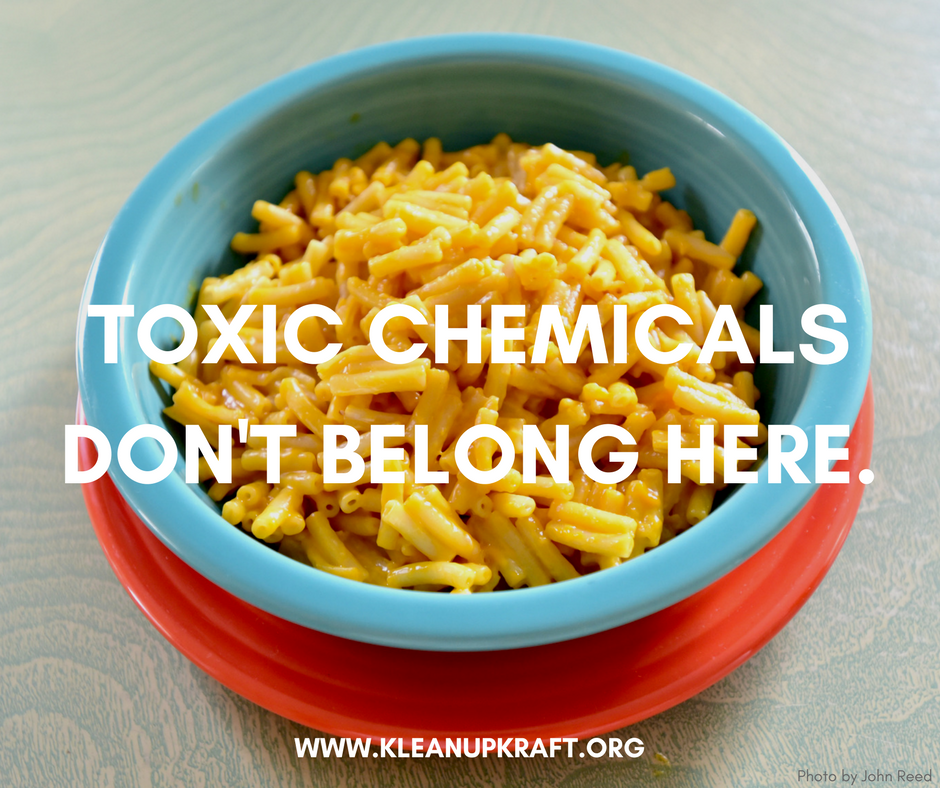 < Celebrating Connecticut's Administrative Victory
From Idaho to Massachusetts, consumers ask Albertsons to turn up the heat on toxic chemicals this summer >